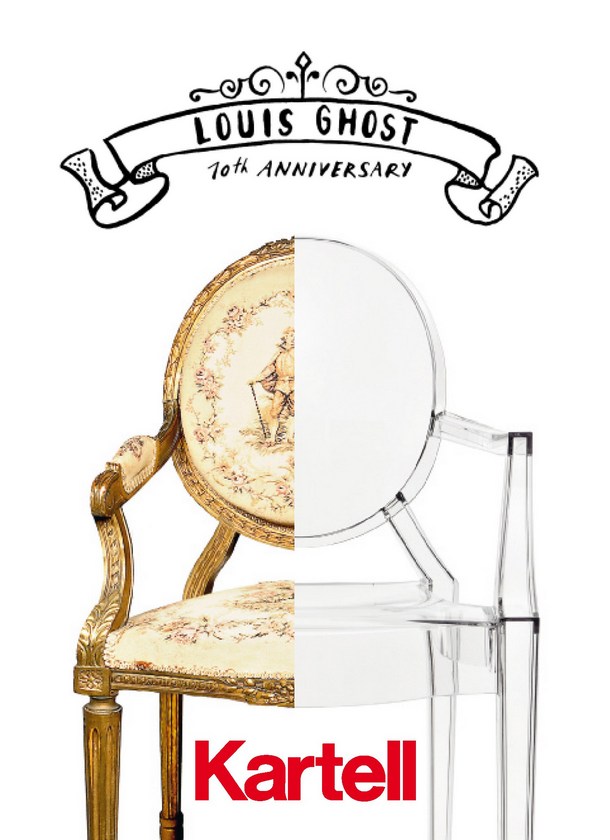 The Louis Ghost chair designed by Philippe Starck for Kartell in 2002 is celebrating its 10th anniversary.

Two years after the birth of La Marie (2000), the first polycarbonate chair, transparency had already hit the scene and this time minimalism was no longer necessary. In fact this time Starck wanted an injection of memory: and thus the baroque lines of the Louis XV seats were redesigned in a small armchair which its plastic material rendered ultra-contemporary in an original, fascinating and surprising mingling of the antique and the new. A brave example of polycarbonate injection in a single mould.

To produce this design was an authentic technological challenge for Kartell: both the distinctive detail of the medallion-shaped back and the arms were quite a considerable hurdle to clear. Evanescent and crystalline, however, the chair is also stable and sturdy, totally shock proof, resistant and proof against atmospheric agents. A personality charged with charisma and rich in aesthetic appeal, perfectly representing the spirit of its creator with its combination of stylistic irony and industrial production. 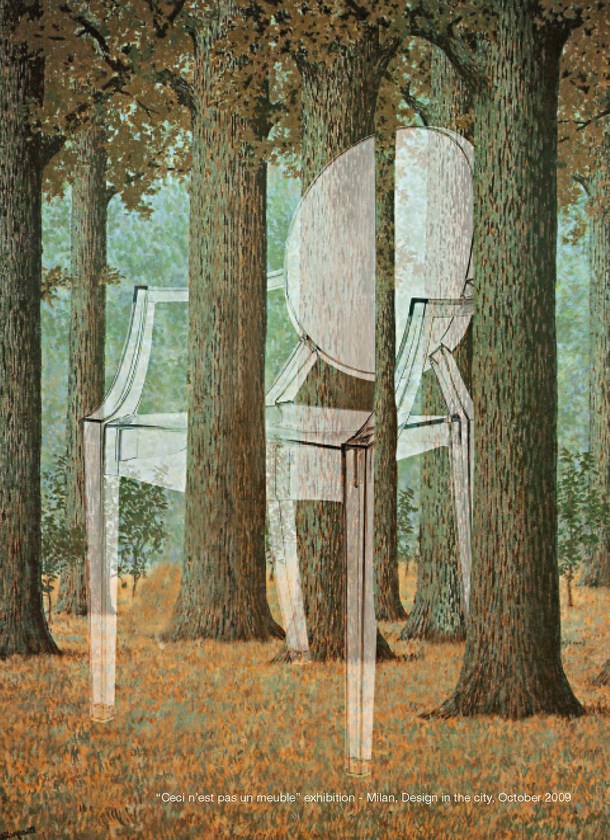 In presenting it, Philippe Starck described his new project in these terms: “Actually, the Louis Ghost chair designed itself. It is a ‘Louis something’, a sort of ghost, a reflection, the shadow of a chair in a style that I have called Louis Ghost, the ghost of Louis”. Starck continued. “You are not sure exactly what it is but everyone recognises it and sees it as something familiar. It’s here when you want to see it and you can blend it in if you want to be discreet. It is half disappearing, dematerialising. Like all the production of our civilisation.” 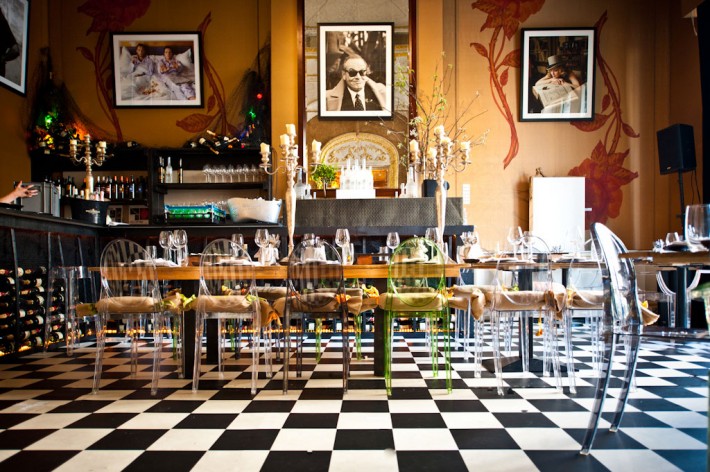 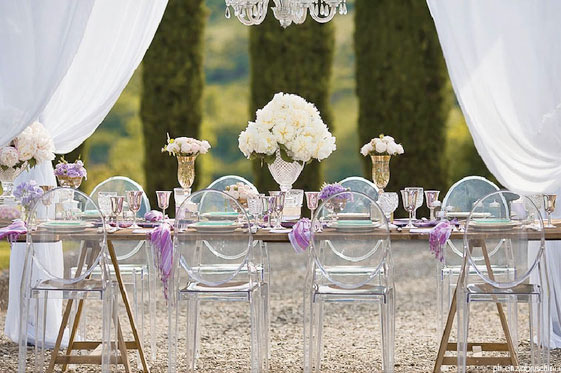 Louis Ghost becomes not only a Kartell absolute best-seller but, on the strength of 1.5 million pieces sold, it is, furthermore, an icon and the most widely sold design chair in the world. This is the chair that consecrated Kartell as world leader in the production of “transparent design furnishings” and through which the aesthetic aspect of transparency became accepted globally by revealing the enormous functionality of the material. 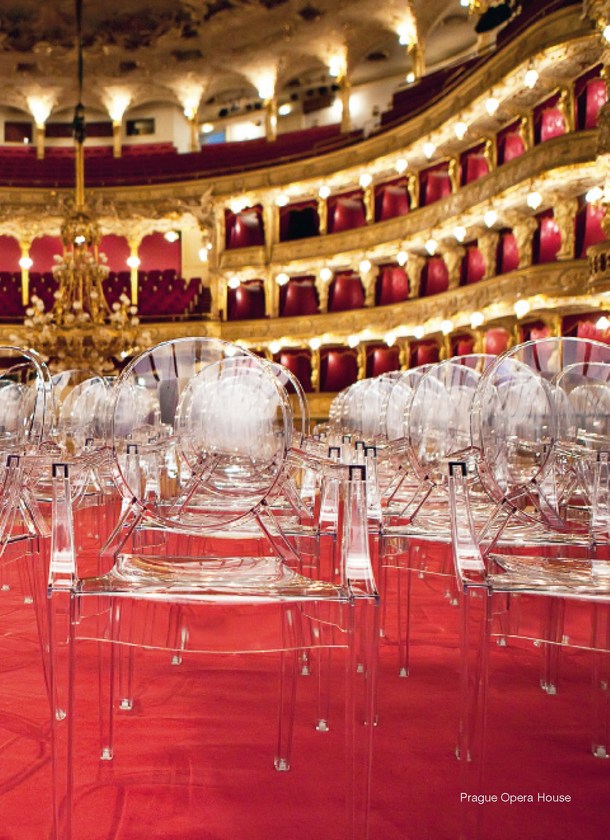 The eclecticism and the multi-functionality of the chair are such that it is at home in private homes as well as in hundreds of international public areas such as restaurants, bars, museums, theatres and gardens. From the Prague Opera to the University of Budapest, to the Kong Restaurant in Paris (where the Louis Ghosts and the masks decorating the premises are mentioned in one episode of Sex & The City!), they all use what has now become universally recognised as the “transparent chair” or the “Starck chair”. 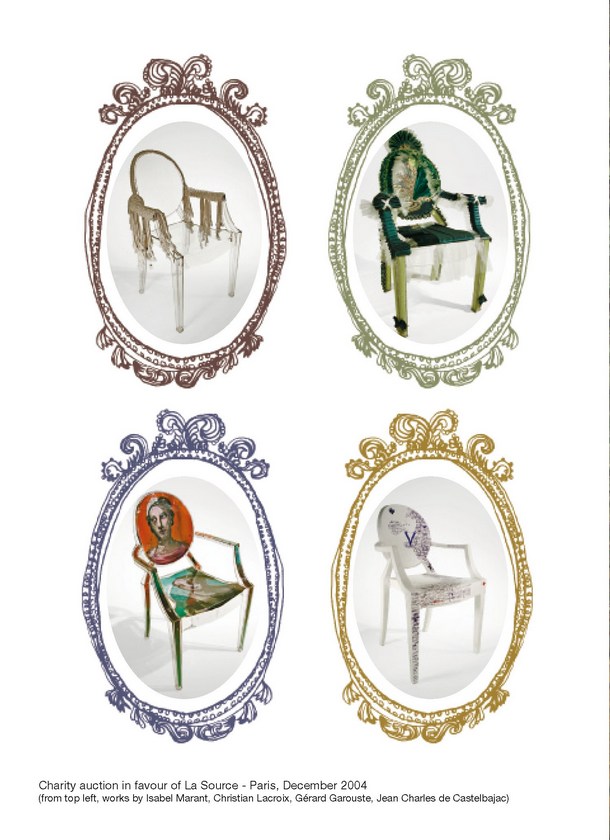 And there is more: over the years Louis Ghost has been transformed, dressed, painted and photographed by artists, stylists and designers all over the world and has undergone various contaminations and mutations without giving up its own soul. Some examples? In 2004, some 43 creative artists (among whom Christian Lacroix, John Galliano, Elizabeth Garouste and Jean-Charles de Castelbajac to name a few) clothed it for a charity auction in favour of La Source; for the Salone del Mobile in 2009, it was coloured rose to celebrate the 50th birthday of the most famous plastic doll in the world, Barbie; in 2011 it was one of the protagonists in the “Kartell Loves Milano” project, and the Israeli artist, Uri Shapira, then “crystallised” it. And of course it appeared on the front cover of magazines all over the world. 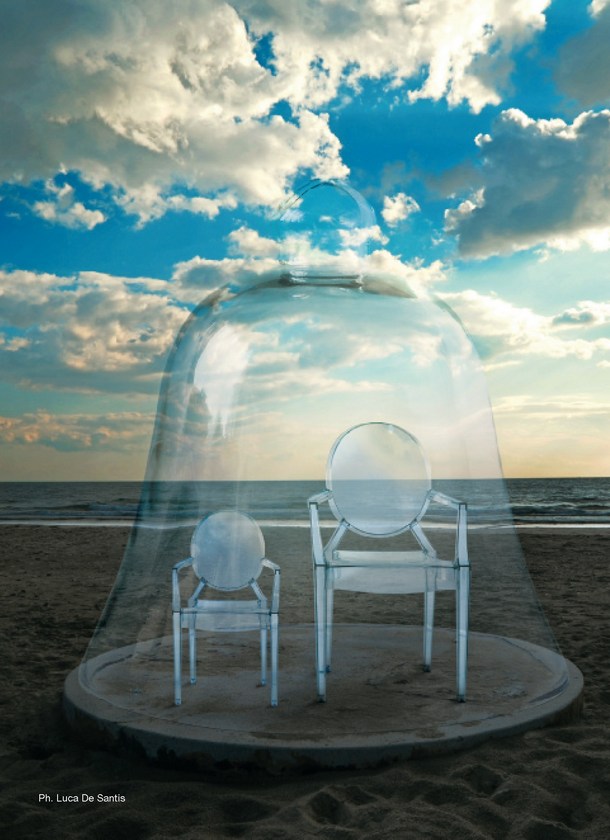 Louis Ghost is the head of a family which embraces the slimmer Victoria Ghost chairs, the Charles Ghost stools, the Francois Ghost mirror, passing through the “little one of the house”, the Lou Lou Ghost chair for children, until the last born, the bar stools One more and One more please. With the “Ghost” series, polycarbonate, transparency and the industrial production moulding techniques became refined and familiar, constituting a wealth of consolidated technological know-how. 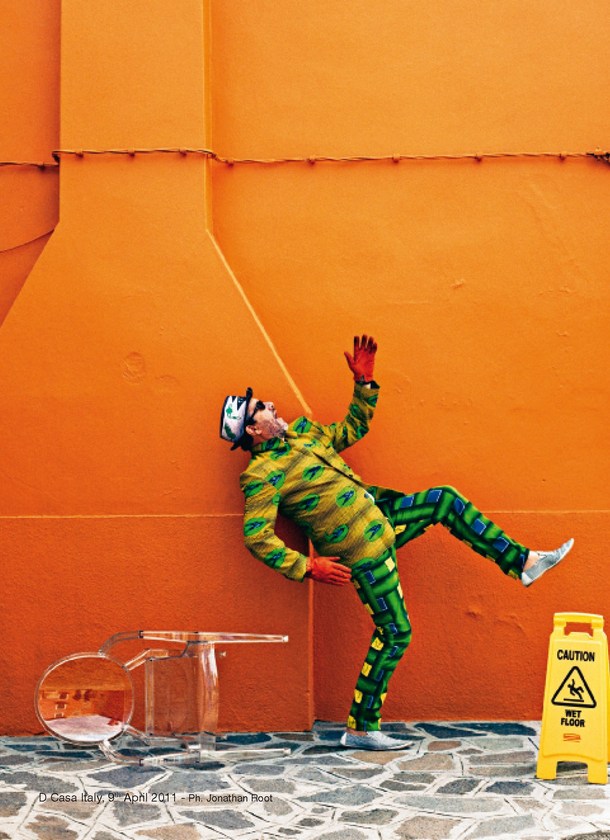