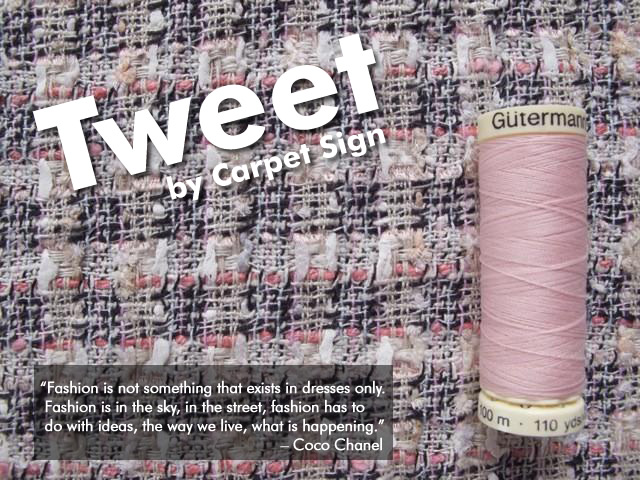 Tweed originated from Scotland in the 18th century. Tweed is a rough, unfinished closely woven woollen fabric. The original name of the cloth was tweel, Scots for twill, it being woven in a twilled rather than a plain pattern. A traditional story has the name coming about almost by chance. About 1830, a London merchant received a letter from a Hawick firm about some tweels. The London merchant misinterpreted the handwriting, understanding it to be a trade-name taken from the river Tweed that flows through the Scottish Borders textile area. Subsequently the goods were advertised as Tweed, and the name has remained ever since. The most famous brand of tweed is Harris Tweed, which was created in the 18th century by crofters in the Outer Hebrides. This fabric was then introduced to the British aristocracy by Lady Dunmore in the 1840s for wear during shooting and hunting expeditions. This is also the only fabric to still be produced by hand. Coco Chanel famously borrowed the masculine fabric and created the famed Chanel suit out of tweed during the 1920s. Importantly, it was structured to feel like a cardigan, rather than a restrictive suit jacket. To make it softer it is felted on wooden tables.

“Tweet” is highly fashionable! Due to a special tufting technique, a charming and unique irregularity is achieved, winking at the ever lasting tweed fabrics. A frivolous border gives the rug a haute couture touch, bringing alongside a joyful emotion. The collection is made of a large diversity of materials: wool, linen, cotton, viscose and silk; the silk yarn gives the rug a sophisticated extra. The Tweet range includes pretty pastels, rich naturals and deep colour mixtures. 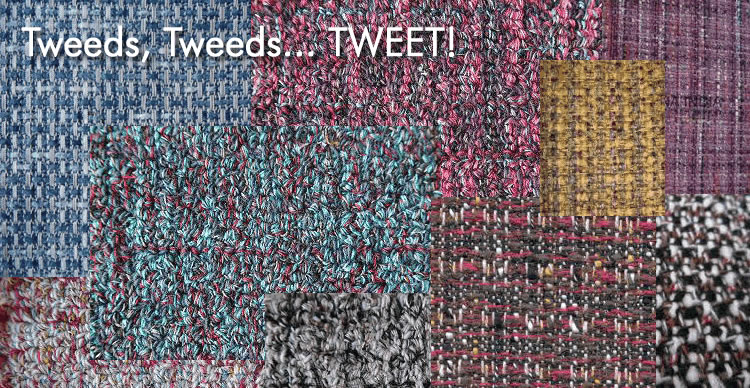 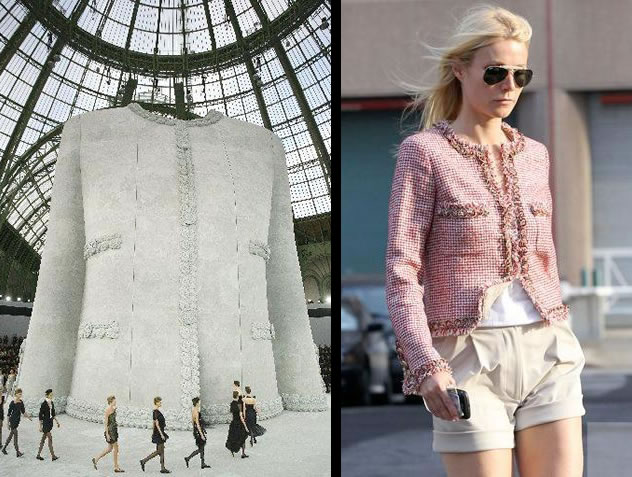 Our inspiration…
One of the most iconic designs by Coco Chanel is the Chanel style jacket, similar to the many jackets designed by her. It features the box-shaped and collarless jacket style. Coco Chanel got the inspiration from a cardigan sweater in the 1930s, but yet, even till now the Chanel style jacket is still hugely popular. A Chanel style jacket is often made of nubby fabrics like the signature tweed often used and typically features contrasting trim and patch pockets. Since its original conception by the House Chanel the jacket has also evolved into lots of new versions of new styles. Chanel jacket was usually worn with a suit, while these days they are seen with a smart skirt or down with a pair of jeans. You will also find them in all sorts of different colours from pastel shades to monotone. All these innovations have actually given new life to this classic design. 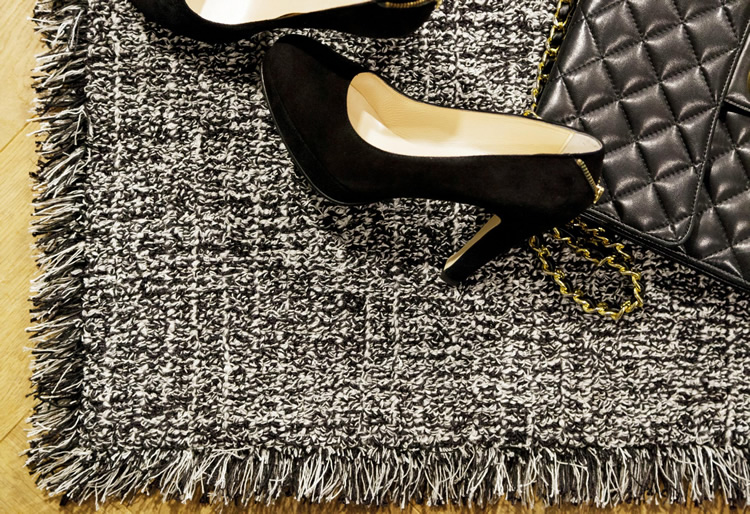 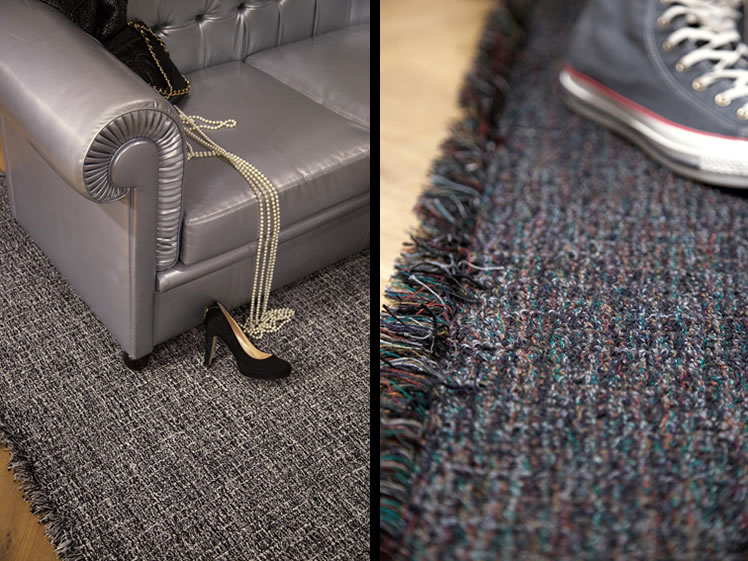 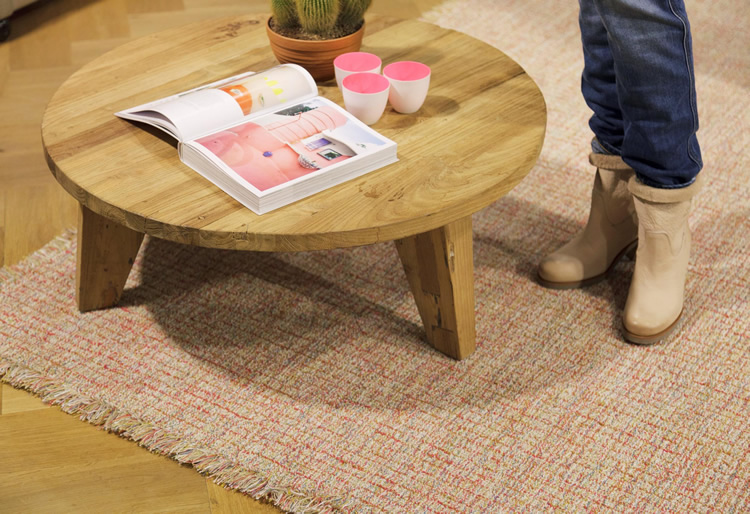