Edward Wilson once wrote that nature “holds the key to our aesthetic, cognitive and spiritual satisfaction”. He would later elaborate on this, coining what we now refer to as biophilia (the belief that humans must seek sustained connection with the outdoor world if they are to live an effective life). In design, biophilia adopts a number of aliases, underpinning everything from “wellness” through to Dulux’s new Tranquil Dawn colour palette.

And as society has woken up to the importance of nature-orientated spaces, a new genre of biophilic design has emerged. Building on Wilson’s initial hypothesis, it seeks to incorporate the power of the natural world into built environments — either through architectural devices or simple interior changes. In this week’s blog, we’ll walk you through four approaches to biophilic design, for a lush and soothing home this autumn.

The Fairest of Them All

Essential to the idea of biophilic design is a visual connection with nature. There’s something inherently soothing about a room with a view, and it’s by no means a placebo. Recent studies have shown that offices which look out on to green spaces are proven to increase productivity and reduce stress. While carving out new windows isn’t always architecturally viable, we can use mirrors to help boost our access to the outdoor world. By positioning a large wall mirror opposite existing windows, you amplify the number of viewpoints available within the room. Some of our favourites include Fiam’s Caadre and Cattelan Italia’s Emerald Magnum Mirror. 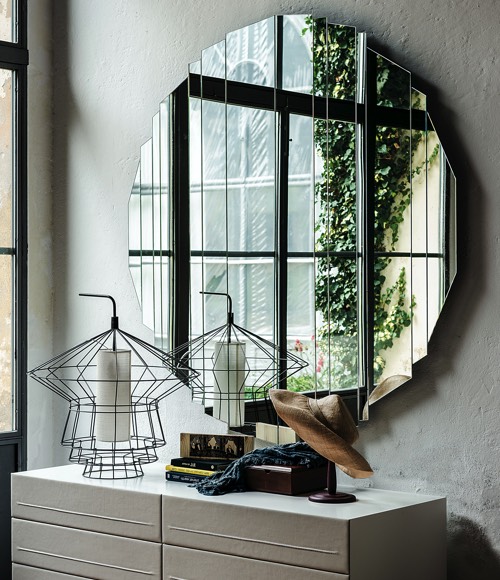 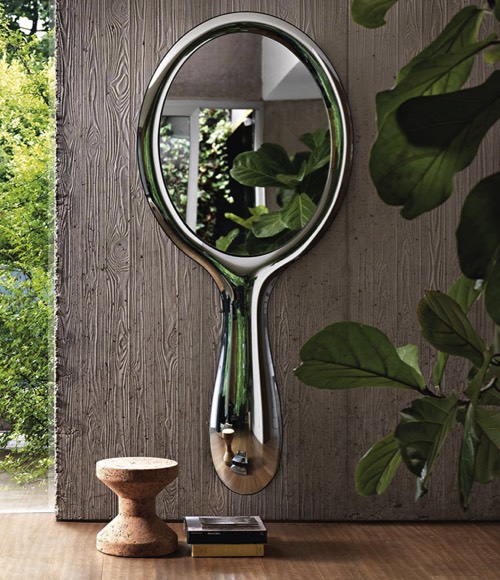 We can learn a lot from nature just by observing her. It’s something designers often do when they’re looking to create products that will improve our lifestyle in one way or another. A case in point is Poltrona Frau’s new Xi lighting collection. When Neri&Hu first started brainstorming, they knew they wanted to create the perfect bedroom light. To do so, they studied sunrises all over the world until they were able to capture the soft quality of the sun as it breaks over the horizon. It translated beautifully, establishing a culture of light that was deeply rooted in our circadian rhythms.

And it’s not the only example. Verpan’s Welle 3 Chaise uses an undulating wave to create two private yet connected nooks. Meanwhile, Slamp’s Nuvem Collection gives new meaning to cloud cover, creating floating modular landscapes that can expand or contract. The takeaway here is to pay attention to how things relate to each in nature — colours, textures, systems — and then to invite these concepts in. 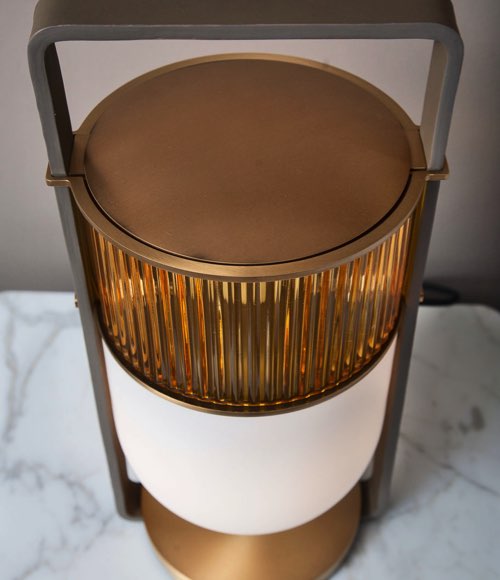 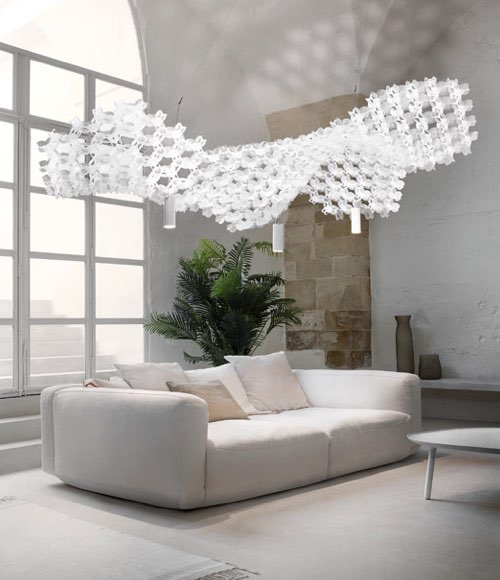 Biomorphic design is a catch-all term that describes products that are reminiscent of nature or living organisms. In recent years, we’ve seen a boom in the number of ornithological designs, with Moooi’s Perch and Artemide’s Yanzi a particular delight. The bird motif is a fitting one for contemporary lighting — airy, charming and a great way to add personality to your decor.

However, many biomorphic styles choose to zoom in on the minutia of everyday life. Artemide’s Mercury Pendant finds joy in the promise of rainfall whereas Carl Hansen’s Oceania examines the intricate beauty of the sea bed. Both encourage us to look closely at the world around us, rethinking our reactions to gloomy weather or unknown depths. 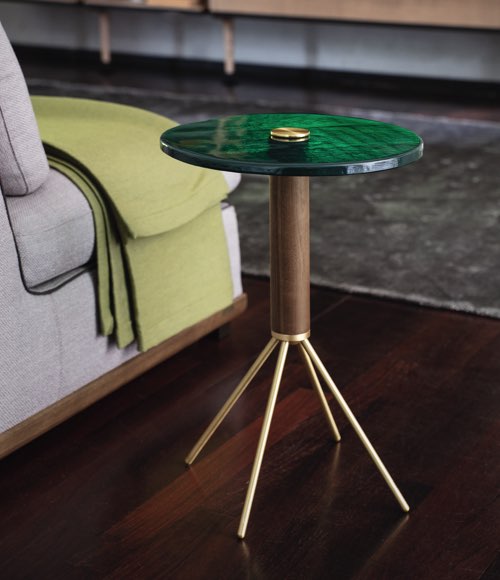 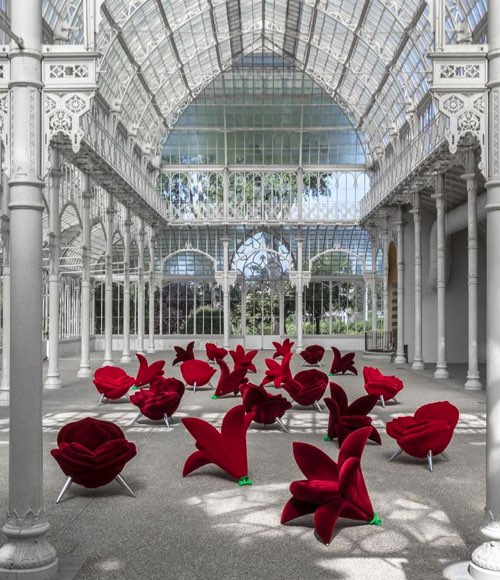 Indulging the tactile sense with natural materials goes a long way to combatting our separation from the natural world. Lashings of wood, silk and marble all collude to create the sense of a fresh interior, with beautiful indoor greenery as the ultimate finishing touch. There’s a fundamental truthfulness to each of these materials, with rich grains and beautiful veining each telling a unique story of the world around us. One current trend is for smooth pebble-like tables, which appear to have sanded down by natural forces. Walter Knoll‘s Ishino collection provides one such glamorous example, gaining bonus points for its glinting autumnal palette. 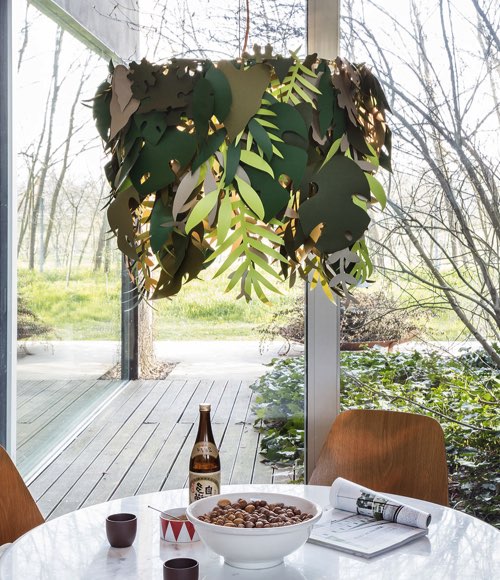 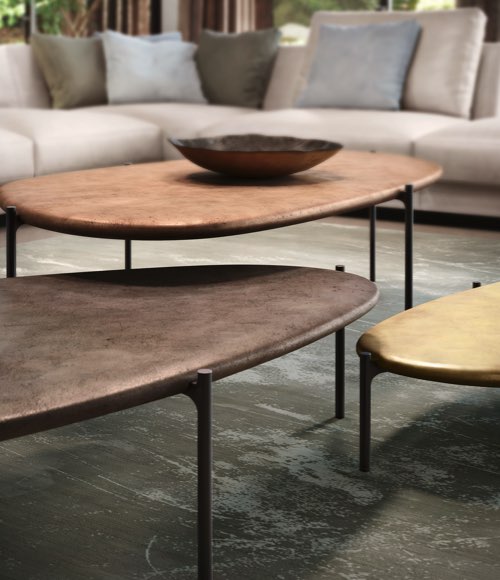 Will you be incorporating biophilic design this season? Let us know on Facebook, Instagram or Twitter. You can also shop our favourite nature-inspired designs online or in-store, where our Autumn Promotion is in full swing.