Gabriella Crespi wasn't your average Milanese muse. She was beautiful, yes, but she also had what other creatives like to call the eye: a way of looking at things and making them wonderful.

It began with a series of objets d'art she made for her girlfriends in the late 1950s: small velveteen keepsakes that she embossed with snippets of poetry. Like so many great Crespi styles, they were supposed to stay private, but when Christian Dior caught wind of them he implored Crespi to sell them in his flagship store in Paris, seeing in them a kind of everyday loveliness that had been missing from the world of haute-couture.

It’s a quality she would go on to cultivate in the years that followed. Whereas the icons of decades past had favoured rigorous lines and austere dressing, Crespi wanted to design styles that were lush, vital and alive.

The ones we're interested in today are known as the Bohemian ‘72 Collection. A compilation of louche, curvy loungers that promise to bring the warmth of the Tropics, home. 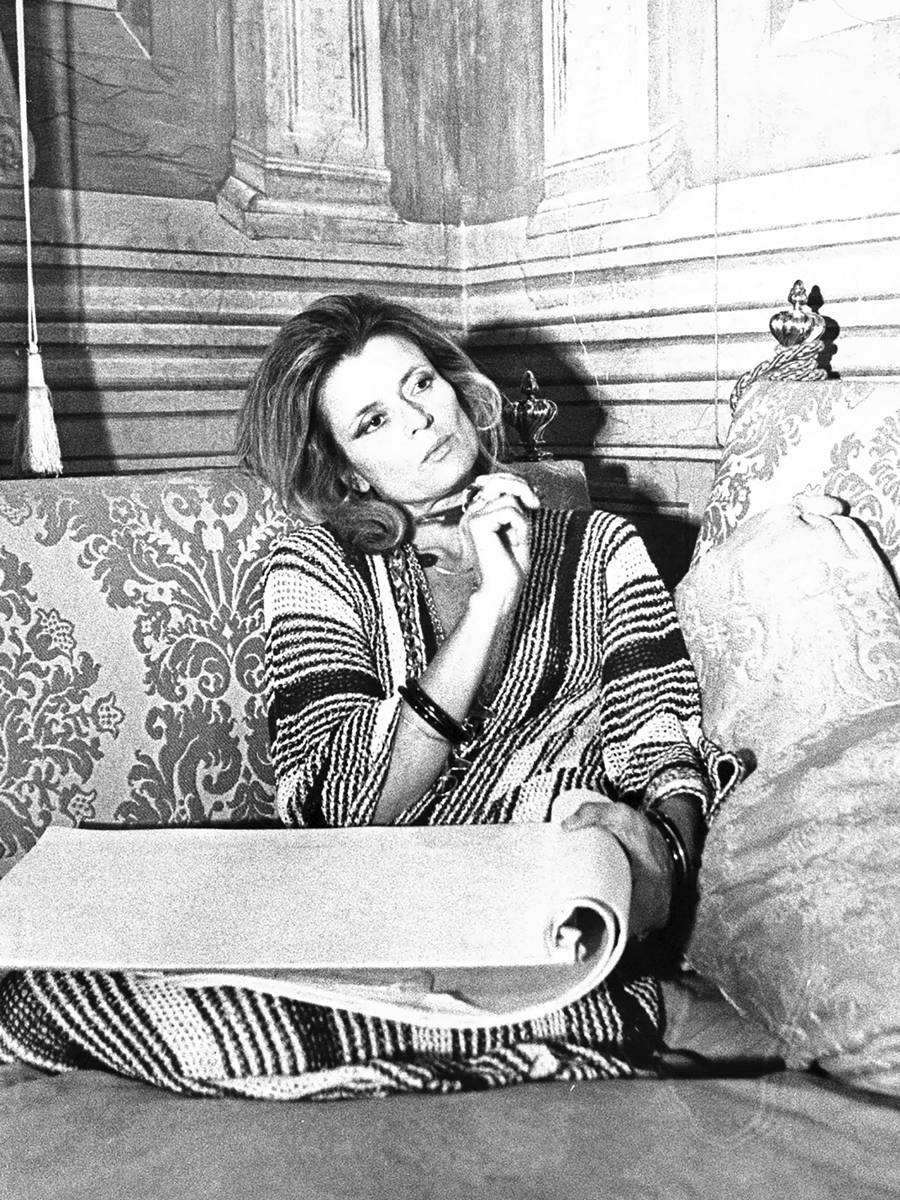 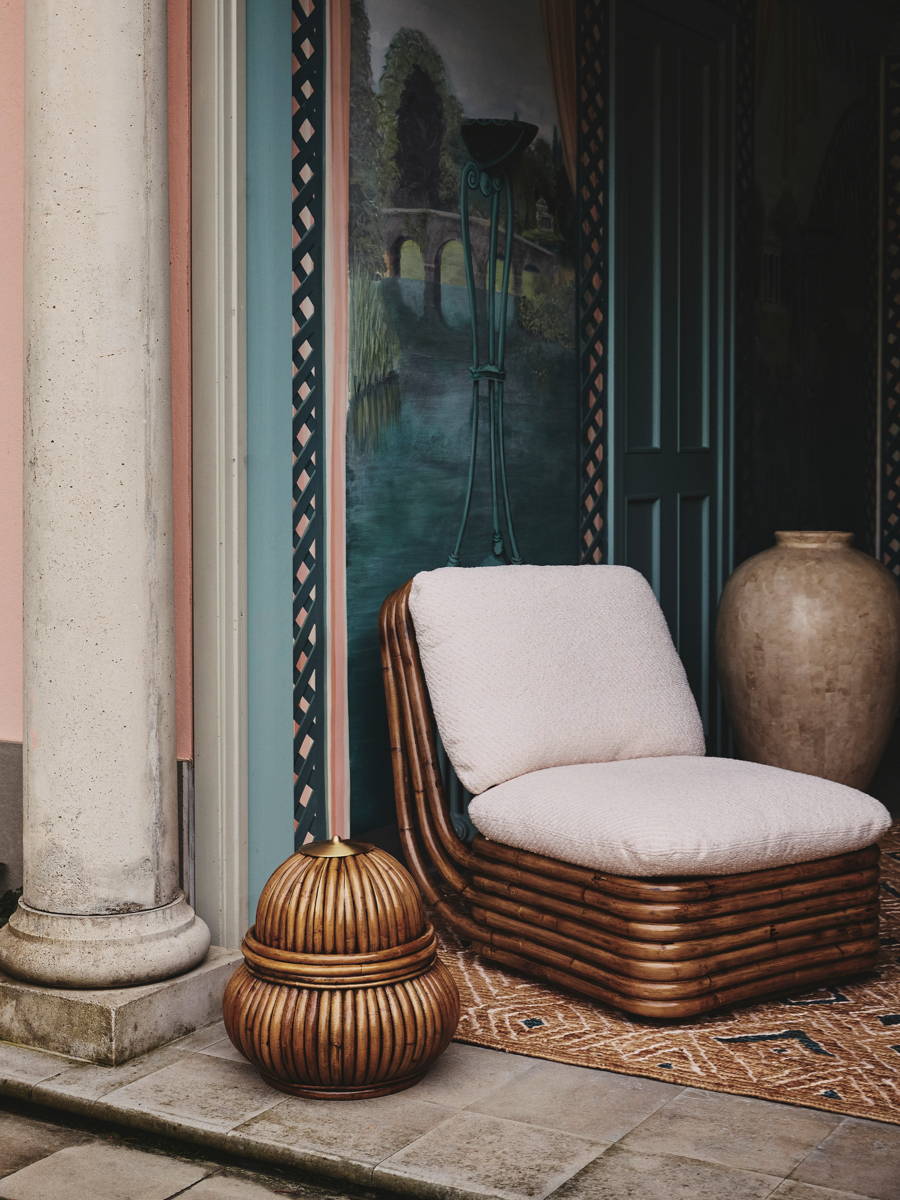 "With Bohemia, I wanted to create a house of sun," Crespi once wrote. A space in which even the wannest of days felt warm. And where natural light was king.

To do so, she would have to abandon her usual mediums of brass and stone, opting instead for organic textures like bamboo, rattan and straw.

Mastering their many movements would prove challenging work. Each of the rattan palms had to be steamed to approximately 100 degrees, before being bent around a free-flowing mould. And yet Crespi didn’t believe in cutting corners, pioneering a wonderfully sinuous style of furniture that saw reams of the rich material coiled layer upon layer.

“I wanted to create a house of sun. I couldn’t help but do it with rattan and bamboo, materials that combine strength and flexibility, the warmth of mellow tones, and the ability to be run through by light.”

With the sinuous shapes of the base established, Crespi began work on the pillowy seats. At the time, low-slung lounge culture was in full bloom, but Crespi thought it could go further, angling the cushions at 115 degrees so as to inspire the sitter to sink into new rhythms and perspectives. Perhaps, observing how clouds chased each other through the sky. Or else the way an overhead bourgenvilla flourished just so. 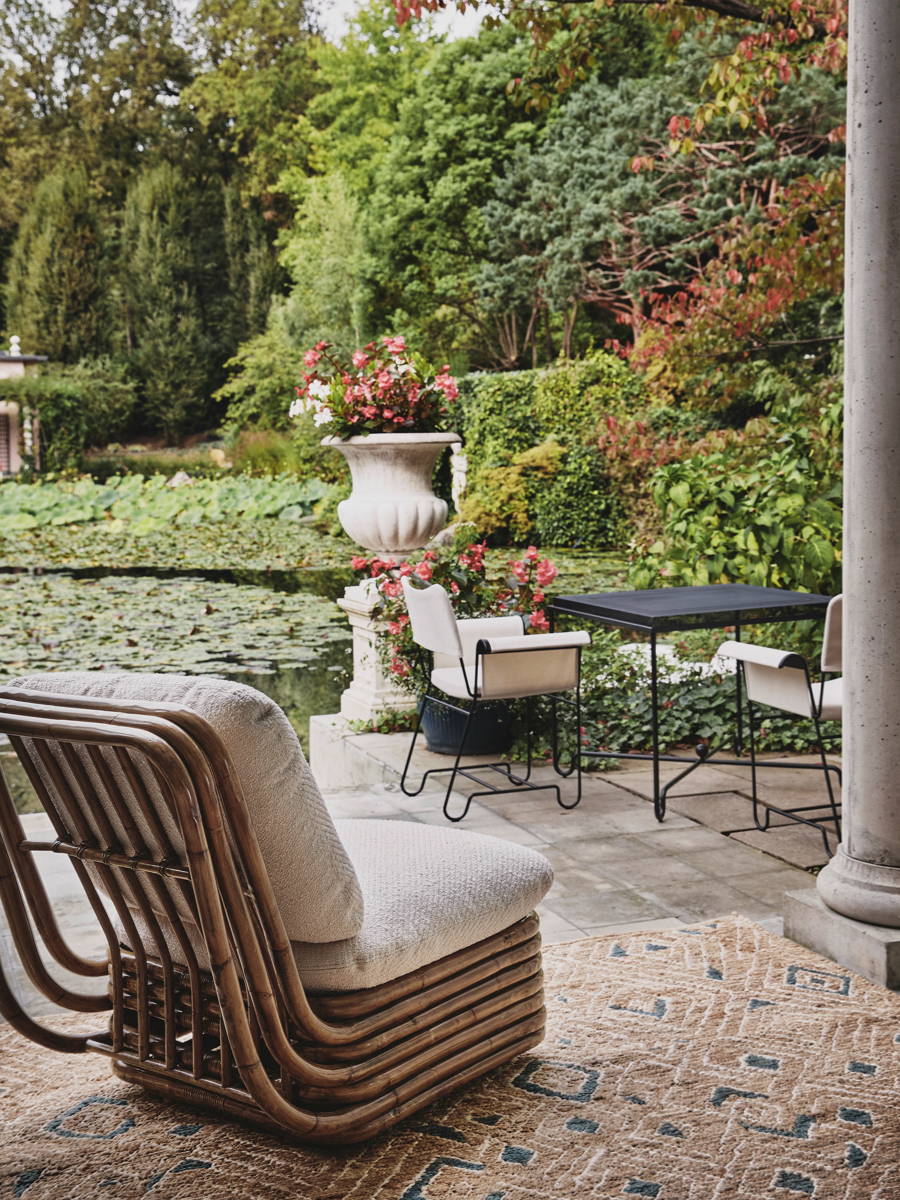 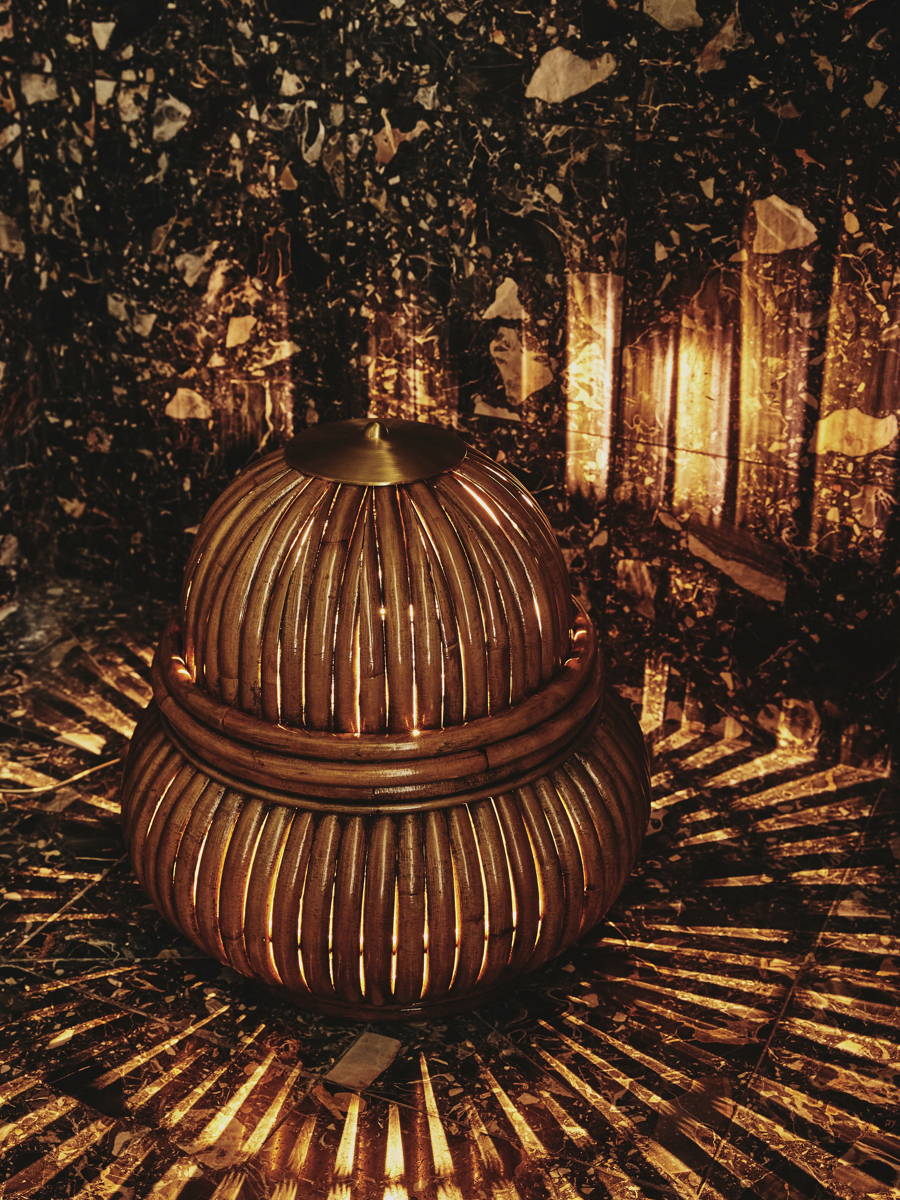 Light enough to be brought outside on a bright summer's day, the Bohemian '72 Lounge collection did away with the last vestiges of formality under which Italian lounges laboured; ushering in a new era of softness, indulgence and style.

To the chagrin of the public, the collection was only ever made available to private clients at the time — possibly due to the intense craftsmanship that went into each piece.

And yet we bring good news on this front. In collaboration with Crespi's estate, the Bohemian '72 Lounge Collection has been faithfully reissued by the masters of modern nostalgia at Gubi. A series of rich furniture and lighting that promises to write warmth into the in-between spaces — while offering a portal into Crespi's kingdom of summer, sun and style. 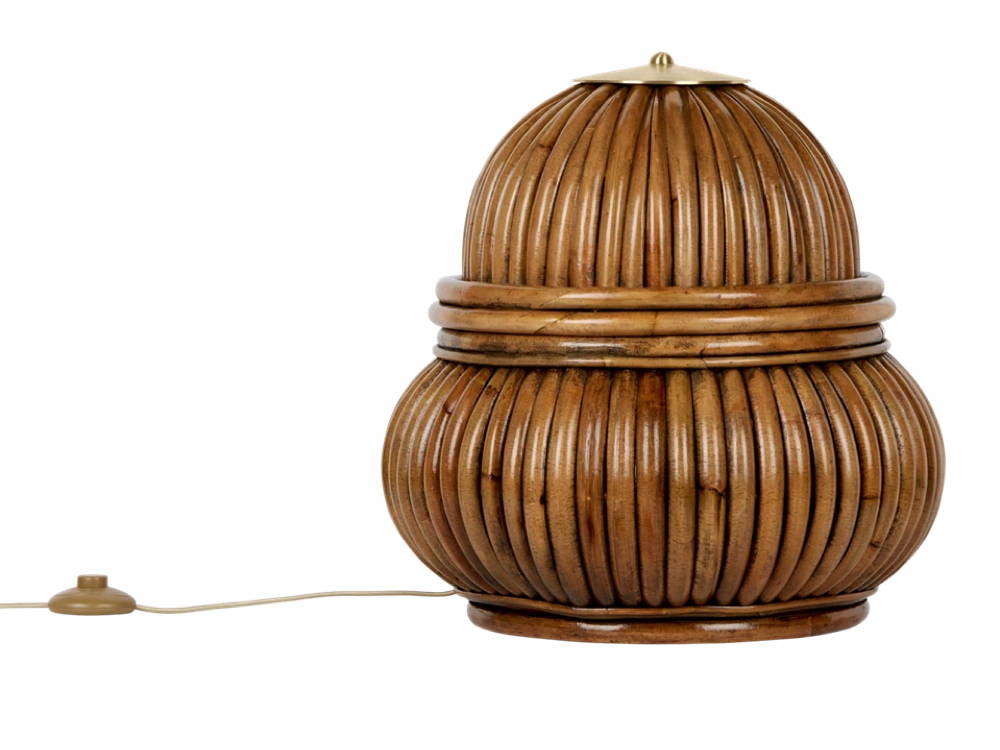 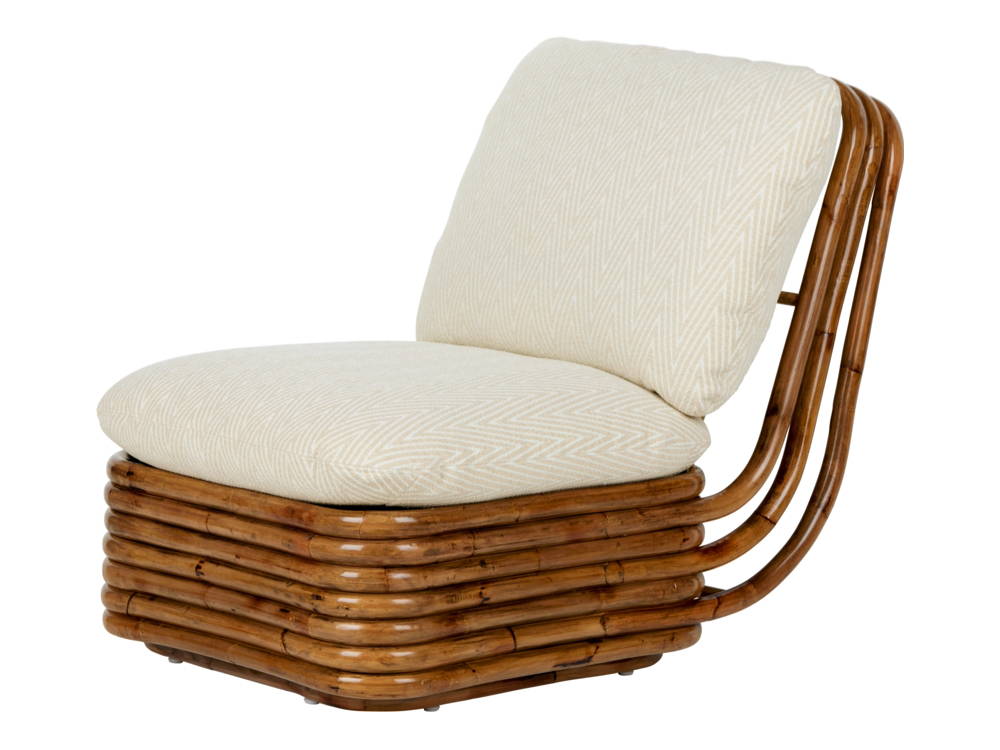 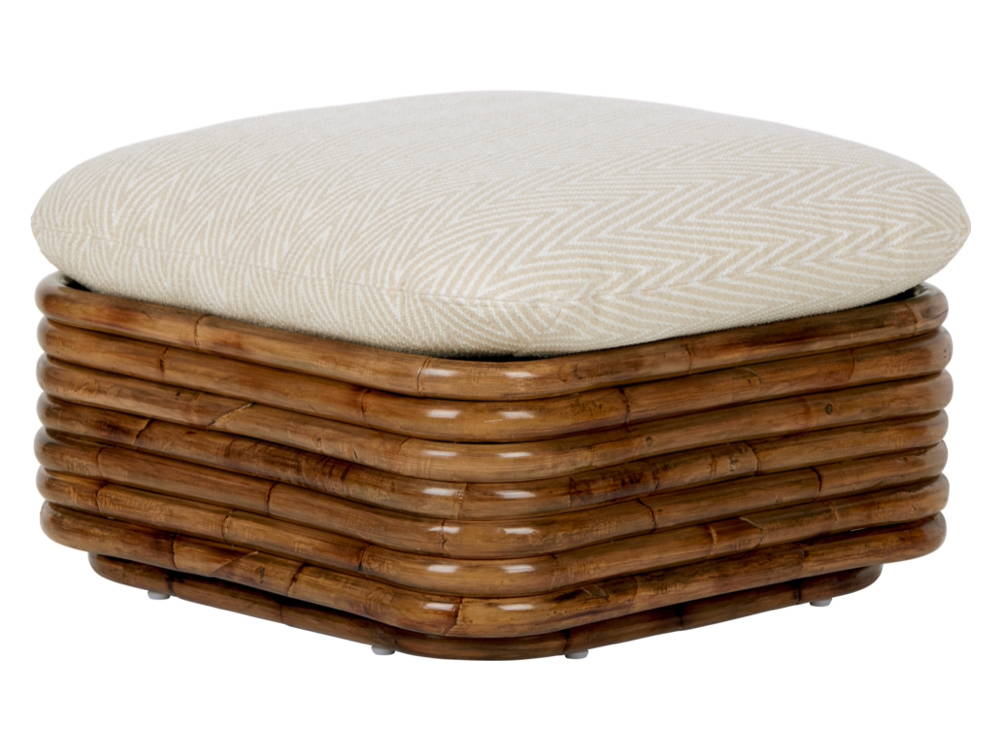 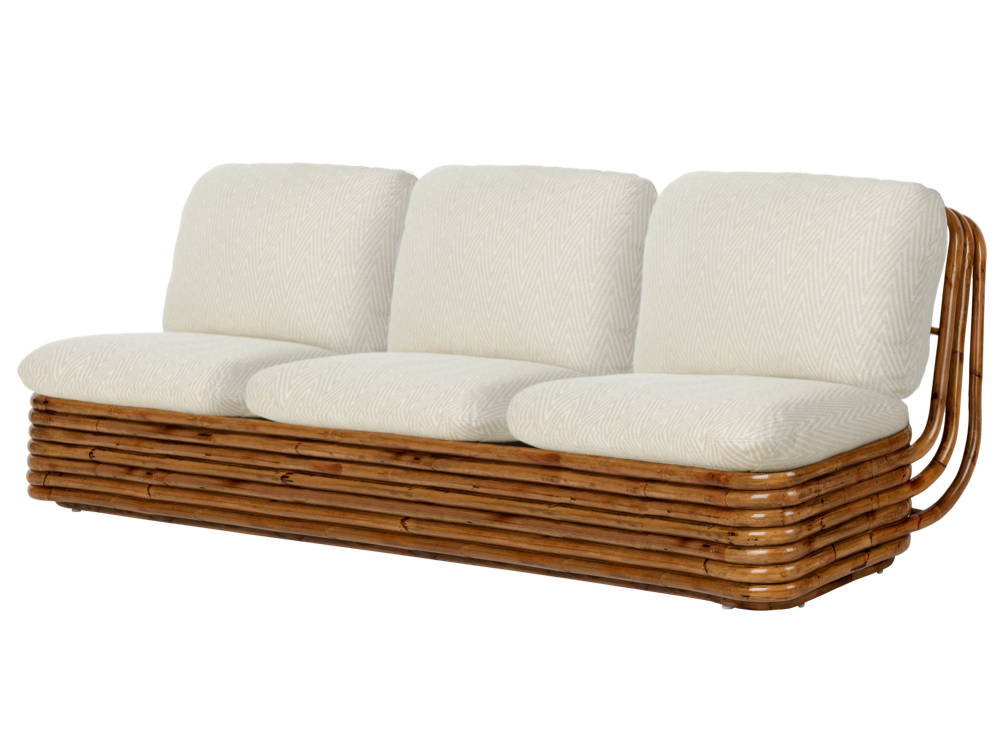